Count the Stars, If You Can 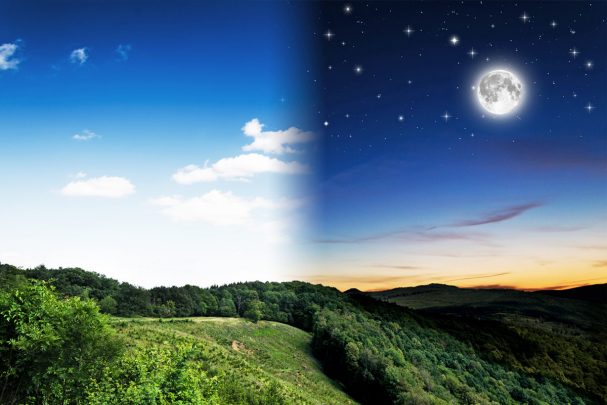 This morning, our first reading says that God led Abram outside the tent and said: “Look up at the sky and count the stars, if you can.”  Imagine a world before the bright lights of cities and the distant glow of towns.  The sky clear and brilliant with all its stars and the swirls of the milky way.   That would be an impressive sight to behold, maybe even overwhelming at the thought of counting the stars.

There is something more here, though.    Just a few moments later, the same scripture says: “As the sun was about to set.”    God had taken Abram outside in the middle of the day, in the bright, arid land of the Middle East, and said, “count the stars.”    Abram was an old man; he’d seen the night sky.  He knew the stars were there.    God wasn’t just saying count an impossible number, but to count on something Abraham couldn’t even see at the moment.

That’s the thing about God’s promise to Abram.  He couldn’t see it; it was a promise he’d have to trust was going to happen.    The scriptures say, “Abram put his faith in the Lord.”    What does this say to us today?  It reminds us that we often can’t see God’s promises as they are happening in our lives.

We aren’t able to see the big picture.  The clouds of doubt, stress and daily life block our awareness of the small blessings and protections God is doing in and around us.  We have trouble seeing past our emotions and beyond just what we can see with our eyes.  Often we only see the fingerprint of God when we look back later in life and think about a past event.

The wellspring of Grace is so abundant, the blessings in our lives so beyond our imaginations that counting the stars would be an easier task.  God has given us a promise so great that we receive Jesus Himself in the Eucharist, body, and blood, soul and divinity.  Like Abram, even though we often can’t see beyond the bread and the wine, we must place our faith in the real presence of Christ.   For in that small host lies all the power in the universe, God Himself, who says to us as he said to Abram, “Fear not!  I am your shield; I will make your reward very great.”

It is that sort of faith that we must have, that we too may be like Abram, who, when looking up at the sky, believed and it was “credited it to him as an act of righteousness.” When we come up for communion, think of that.  Jesus is going to be lifted before us, and Father will declare “The body of Christ.” Our “Amen” is a response of faith, a response that even if we can’t see it with our eyes, we believe it in our hearts and yearn for Him with our souls.

A reflection on the readings for Wednesday of the 12th Week in Ordinary Time: June 23rd, 2021